What should my long-term financial goals be?

The first step is to figure out a realistic financial goal for yourself and your family. Talk with your loved ones to ensure that everyone has the same goals in mind. Clearly not all families will have the same end goal – figure out what is important to you, whether it is early retirement, financial comfort, children’s education, travel, taking care of elders, or your children.

Are there simple guidelines to follow towards a comfortable retirement?

Someone starting their savings in their early 20s can save 10% of their income and have a sufficient nest egg, while someone starting in their 40s may have to bump that number up more towards 20%. This is all dependent on the time of your life that you choose to start, the size of your current nest egg, and the amount of money that you will need to retire comfortably.

It is always a good idea to contribute as much as possible to retirement plans, to take advantage of tax deferral and employer matches.

Generally people need around 80% of their pre-retirement income after they have retired for the first few years and then learn how to live on less. This will greatly depend on the expenses that you plan on having:

Another strategy worth following is to always have an emergency fund of at least 6 months of expenses. Considering your situation and the situations of the people that you depend on or depend on you, you can adjust the number of months accordingly, but 6 is a good ballpark number. This will also depend on how many bills you need to pay.

What should I take into account when I start investing?

What risks will I be exposing myself to by investing?

There are definite risks to investing, but educating yourself can drastically limit your exposure to these risks.

IRAs are just like any other investment – you should take into consideration how much risk you are willing to take on and act accordingly.

For people who are more risk-averse, fixed short-term investments could be more fitting.

Be careful about investing in municipal bonds – by doing so you will sacrifice return that would convert tax free income into taxable income.

What are derivatives and options?

Derivatives are investments whose values derive from the security which they are based on. Options can be useful in making a portfolio less risky. Derivatives can also be futures contracts or swap agreements.

Stock options are a contract that allows one to sell or buy 100 shares of stock at a given price and in a specific time frame. These can be traded on numerous exchanges.

This can be a useful tool in an investment portfolio, but not recommended for beginners, if you are interested in trading options, be sure to do your homework.

What are the biggest mistakes investors make?
What is the difference between Cumulative vs. Annualized Return?

For instance, the money gained in the first year of an investment would be the annualized return. The total return of investment accumulated at the end of the second year would be the cumulative return.

The rule of 72 is a quick way to calculate how long it will take your investments to double at different interest rates.

Take the rate of yearly return on your investment and divide 72 by that number. The result is the number of years it will take for you to double your investment.

What is significance of total return?

The total return is the amount of money that a fund makes after reinvesting and receiving dividends. This will deliver the most benefit from the compounding interest. The total return is a way to accurately gauge the real return on investment that you will get with a mutual fund.

What is a yield?

The yield is the amount paid annually by an investment. The yield is most commonly a percentage of the market price of an investment, which does not take into account the appreciation. Since money market funds and certificates of deposit don’t fluctuate like stocks and bonds do, the yield would be the same as the total return.

What is an annuity?

An annuity is an insurance contract – the insurance company invests in stocks and bonds on behalf of the purchaser with the tax deferred money.

Annuity contracts will often carry various charges which vary from one company to another, and would be worth reading before purchasing. Since these are not securities, they are not regulated by the SEC.

What do I need to beware of when investing in an annuity?

You will not be able to withdraw any of the money in an annuity during its tax deferred growth period without incurring large fees. You will be charged 10% for tax code and the insurance will usually charge “surrender charges” on top of that.

What types of annuity are available?
How and when do I collect my annuity?

There are a few choices that you have when choosing to collect your annuity. Some people opt for a lump sum, even though it negates one of the major features of the annuity: payments until death.

The amount of the monthly payments that you receive depends on:

There are various different settlement options. Be absolutely sure when you choose, because the decision will be final when you make it.

How are the annuity payments taxed?

The tax rates will differ for qualified and non-qualified plans.

An annuity that is tax-qualified is one that funds a qualified retirement plan. When this qualified annuity is used it follows the same tax laws as these retirement vehicles, such as:

A non-qualified annuity is bought with after-tax dollars, but the benefit of tax deferred savings still applies.

What taxes will my annuity be subject to after death?

Annuity payments to beneficiaries are subject to the same taxes that would have been collected from you.

What should I take into consideration when shopping for annuities?
What hidden costs may be associated with the annuity?
What about other fees?

These fees should be stated plainly in the prospectus.

What is a bond?

A bond is simply a certificate which the borrower promises to repay within a certain time period. For the privilege of using the money, the government entity, municipality or company will agree to pay a certain amount of interest per year, usually an exact percentage of the amount loaned.

Bondholders do not own any part of the companies they lend to – they do not receive the benefits of dividends or the privilege to vote on company matters as stockholders would, and the success of the investment isn’t related to that company’s record in the market either. A bondholder is entitled to receive the amount that was agreed upon, as well as the principal of the bond.

Corporate bonds are generally issued in the denominations of $1000. This price is referred to as the face value of the bond – this is the amount that is agreed to be paid by the company at the time that it matures. Bond prices can differ from their face values, because the prices of the bonds are correlated to the current market rates. When these rates change, the value of the bond will as well. If one were to sell the bond before the time that it matures, the bond may be worth less than was initially paid. A callable bond is one that the issuer may choose to buy back at full face value before the maturity date.

There are three major features of bonds:

What is bond quality?

Bond quality is the rating of the creditworthiness of an issuing organization. There are organizations that specialize in judging bond quality. The higher the rating, the lower the risk of the investment. The rating system uses letters A through D. The only bond considered to be risk free is the U.S. Treasury Bond.

How does the bond rating system work?
How do interest rates affect bond prices?

How does maturity affect bond prices?

What is a bond call provision?

A “call” is when the issuer of the bonds has an opportunity to redeem the bonds after a certain specified amount of time has passed. This doesn’t guarantee a continuation of a high yield after the call date – it limits the appreciation of the bonds, and it makes the investment more risky. These call provisions can be complex, so it is best for investors that don’t have strong knowledge to avoid bonds with a call feature.

Should I buy bond funds directly or go through a mutual fund?

A bond mutual fund has within it multiple bonds, and for that reason it is impossible to lock in the payment rate or the principal, which you would be able to do if you were directly buying a fund.

A bond mutual fund is an investment company which manages a portfolio of individual bonds. The investors buy ownership in the company, and each share represents ownership in all of the company’s holdings. Managers will use these investments to buy and sell bonds that align with the objective of the fund.

Because a bond fund manager has more resources to deal with, they can invest in a vast array of bonds – many more than could any individual investor. There are also certain investments that cost tens of thousands of dollars a share – a bond fund costs far less.

Liquidity plays a major role in bond buying. If you purchase a bond individually and wish to sell it, you must find a buyer for your bond, but if you are invested in a bond fund, that fund has to buy your shares back at any time you wish.

What are the different issuing organizations?

How are mutual funds taxed?

Capital Gain Distributions are the net gains of the sales of securities in the fund’s portfolio and will be taxed at a different rate than that of ordinary dividends. Yearly, your mutual fund will send you a form, called the 1099-DIV, which will have a detailed breakdown of all of these.

Can I avoid tax by reinvesting mutual fund dividends?

What taxes apply to my return-of-capital distributions?

Mutual funds sometimes will distribute back to shareholders monies that haven’t been attributed to the funds earnings. This is a non-taxable distribution.

How does stock trading work?

Stocks are traded in quantities of 100 shares, called round lots. Any quantity of stock under 100 shares will be considered an odd lot.

What is the difference between Preferred and Common Stock?

Most stocks are common stocks. However, there is another type (known as preferred) which gives certain advantages regarding dividends. Generally, preferred stock holders do not have the same voting rights that the holders of common shares do. Common stocks are based on company performance, while preferred stocks will usually have a stated dividend.

How can I invest in foreign stocks?

It is fairly easy to invest in foreign corporations, because these corporations need to register these securities with the SEC. These companies are subjected to the same rules as U.S. companies.

Signup for our Monthly Newsletter

Speak with one of our Trusted Advisors to find out which of our packages is best for your business needs. 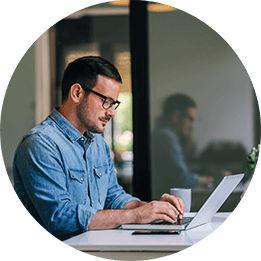